December 27, 2010
A lot of factors contribute to competent ice climbing, such as technique, endurance and boldness. None of these comes easily, at least not to me. But something else that's key to efficient ice climbing is having one's systems dialed - and that's a bit easier to come by. Over the years I've developed my own set of habits that serve me well when venturing out into the cold. They are all rather self-evident, but maybe you will find one or two of them useful. In no particular order: 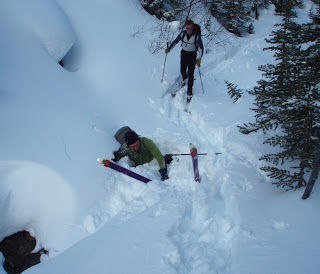 Count on your approach gloves getting wet. 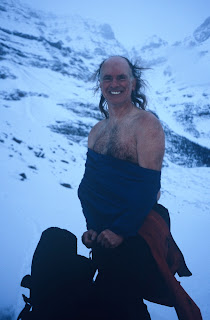 Guy Lacelle smiling at the thought of a dry shirt. 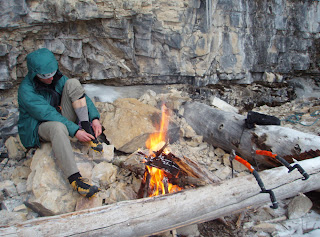 It doesn't matter how you lace your boots when you won't be using your feet much anyway, like in the Haffner Cave. Photo: Marcus Norman. 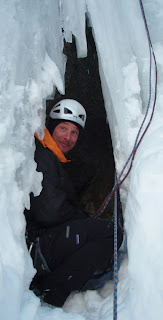 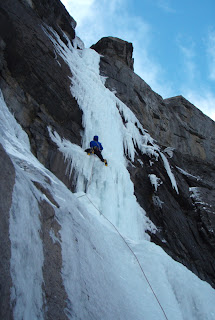 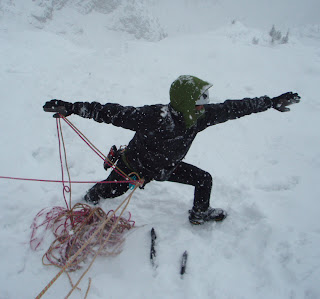 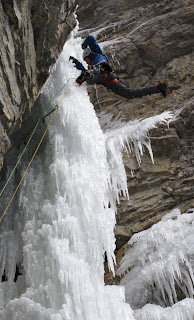 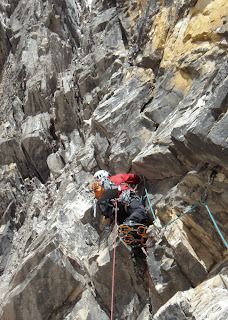 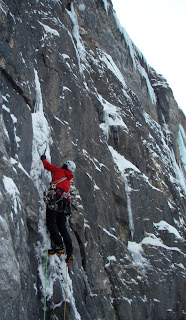 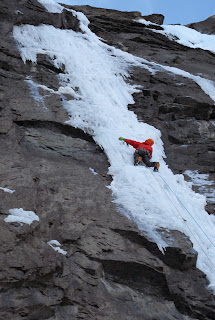 Shaking some blood back into the fingers on The Replicant, Mt. Rundle. Photo: Jen Olson. 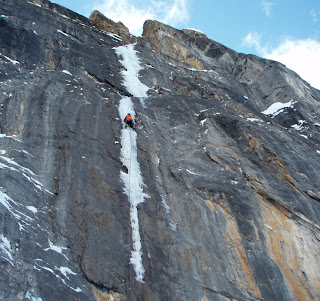 Obviously tool placements are only as solid as the ice they're in. Pierre Darbellay reaching better ice on the first ascent of Rectal Squirrels, Storm Creek. 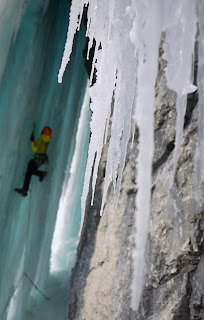 Knee dropping for the camera on the GBU, North Ghost. Photo: Josh Lavigne.
There you have: take it for what it's worth (likely not much) and have fun on the ice!
ice climbing 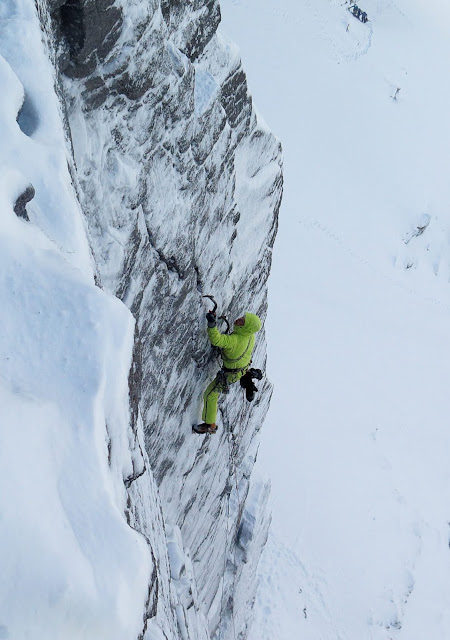 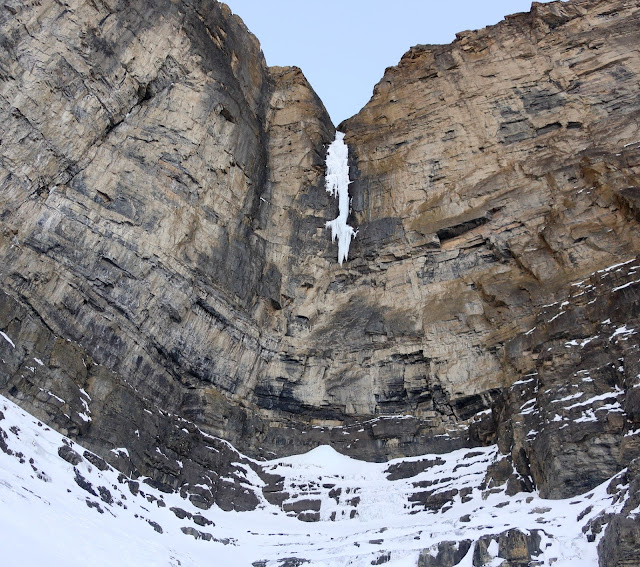